Around about this time of year I meet up with a friend and we dish out our Annual Awards for the year. The awards are highly prized even though the recipients don’t know they’ve won. (That’s how exclusive these awards are)

Most people hold some kind of annual review, but I won’t do that. Instead, I’ll look back at the last twelve months to tell you what were the highlights and the lowlights. It won’t be in chronological order because I can’t remember when things happened. I should also warn you, there’ll be some blatant self-promotion in here too.

In 2014 I decided not to give an award for Best Film. 2015 however, did see things buck up a bit. (I should add at this point that the film, album, tv series, whatever, doesn’t have to be released in the year, simply discovered.) In 2015 the standout films included Nightcrawler and Mr Turner, the latter giving the winner a run for its money. And we had the usual Marvel presentation; this time another Avengers film.

But in terms of sheer car-crash morbid fascination, the award had to go with the bald man in the black tee-shirt. If you haven’t seen Whiplash yet, go and see it. An excruciating study of student/mentor psychological violence – and some physical violence – and you don’t need to like jazz music to enjoy it, although the drum solo climax to the film has to be seen to be believed. 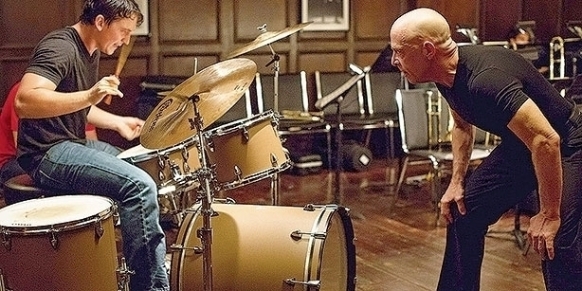 The other good thing about Whiplash is that the title is easy to remember. If you’re going to go all hyperbolical about someone or something don’t do what I did earlier this year. When I reviewed And Down Comes the Sun, one of the guys from Au4 who recorded the album very kindly and discreetly thanked me and pointed out that the album title was actually And Down Goes the Sky.

Which is great because Au4’s And Down Goes the Sky is the Best Album of 2015. Nothing has come close to the brilliance, the inventiveness, the sonic landscape of ADGtS. And these are not fiddling hipsters with tinkly tonkly rubbish songs. These guys make a racket when they need to, keep it calm and cool when they need to and as I’ve said before, when they choose to show Dave Gilmour how to play the guitar they can do that too. (Over the Edge it Goes.)

The music category this year was absolutely stuffed with brilliance. I think I can say 2015 has been a goldmine when it comes to music. It began with Children of Bodom, ended with Deathstars, and in between it’s been punctuated with Unheilig, Schiller and Blutengel. What made these people special was the way they influenced my own writing, the music feeding me ideas, whether it was Bodom Beach Terror invoking the Forty-Nine summoning Satan on the shores of Lake Klontal, Deathstar’s The Perfect Cult generating images of a new band coming out of the suburbs of Minsk, or even an entire album inspiring an entire novel. (Those Au4 boys again and The One Rule of Magic.)

I should be deaf by now, but I’m not. When I was working on some artwork earlier this year, Photoshop opened, VLC player in the background, I heard a song that stopped me in my tracks. A live performance of Sonne by Schiller and Der Graf of Unheilig. Sonne is by a country mile the Song of the Year and when I get my act together the video trailer for Who Among Us… will use this song.

They lost out on Best Album and Best Song, but Children of Bodom will take Best Band. This rag-tag bunch of Finnish maniacs have been pummeling me for the best part of 2015 and they came along in November with a new album, I Worship Chaos. (I’m wearing the tee-shirt as I type this.) With their achingly high standards intact, they were for me, the best rock band in the world, leaving Nightwish standing and Delain still on the starting line.

But what of art, Harrison, what about a bit o’ culture instead of all this bawdy metal? I suppose you’re talking about literature. Just when I was giving up on the world of indie novels being anything other than romance and drippy YA dystopia I crashed headlong into a clutch of authors this year.

Jack Flacco achieved his ambition and completed his zombie trilogy with Ranger Martin and the Search for Paradise. Rupert Dreyfus barged into the writers room with Spark and The Rebel’s Sketchbook, knocking over the sideboard and dislodging the lampshades. Rebecca Grandsen hypnotised and mesmerised all before her with the fascinating anemogram. Mary Papastavrou followed up with a provocative and intense study of social experimentation in How to Sew Pieces of Cloud Together. And Hilary Mortz delivered more bonkers rock in her parallel universe Rockline novels Appetite for Corruption and Nevada Mind the Bollix. (The sequel is out now.)

They all receive a big Indie Joint Award – which sounds like a massive spliff, but isn’t – for going all the way and publishing. Everyone who self-published this year should also receive honory awards for kicking back against mainstream publishing and its continued and undeserving contempt for the self-published world. I’ve read books this year that would have graced any of the big five’s catalogues.

AND THAT INCLUDES MY OWN. (You see, I was shouting there.) If they weren’t being peddled around to agents I might make more effort to push Who Among Us… and The One Rule of Magic. But then again even if they weren’t being peddled around I wouldn’t know how to do them justice by pushing them effectively, but there you go… Nineteen novels sold in three years. Beat that Dan Brown, you t**t. 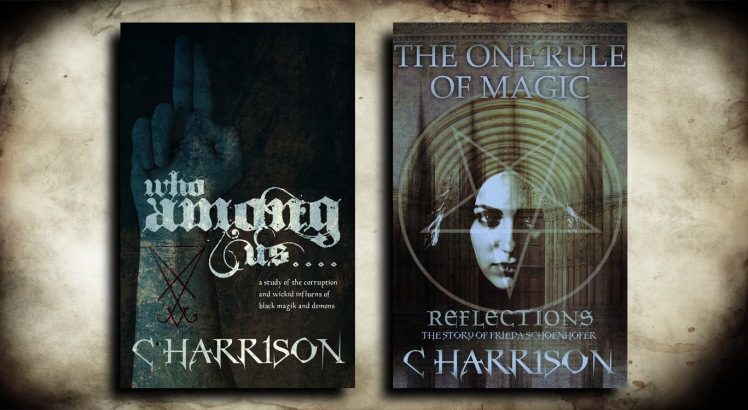 You know I don’t go in for Twitter and I hate Facebook, but WordPress has been open on my computer nearly every day of the year. I’ve read everything by people with wandering feet and wandering minds; entertainment, information, humour, even advice (yes, there has been some useful advice now and again.) I won’t name names, but if I leave comments on your blog you know who you are. I hope you’ve enjoyed The Opening Sentence as much as I’ve enjoyed your blogs.

Other miscellaneous awards are as follows:

Catastrophic Organisation: private sector – Valencia Football Club. (Still the footballing equivalent of a Hal Roach comedy even after being bought by a Singaporean billionaire with business interests in Salford.)

Outstanding Memory of the Year: negative – conquering three >2000 ft fells in the Lake District, Ill Bell, Froswick and Yoke, and then suffering from food poisoning after a dodgy chicken sandwich. Puking up every twenty minutes turned a two-hour car journey home into the Ride of Death.

Satan’s Car Award – My Renault Clio. £20 / year road tax, 4 million miles to the gallon, I should have known it would end in tears. Verdict: don’t buy black cars named after the goddess of Carry on films.

Out and about, I had great days at the top of Grasmoor and Whiteless Pike (article here); got soaked and boiled at Samlesbury Hall (article here); discovered a new cafe to write in at Booths supermarket in Hesketh Bank, with free coffee when you buy a Kit Kat; and marvelled at the parabolic wonder that is Jodrell Bank radio telescope.

So, even though it was quite a subdued year there were many simple highlights. Now, if I can keep this going I’ll write another article to tell you my grand plans for 2016. I like to aim high, which means when I fail I’m still half way up the wall rather than crumpled in a heap at the base.

For now I’ll leave you with that Song of the Year. Close your eyes and try to imagine the opening credits to the film: Who Among Us… a dark tale of black magic, political conspiracy, quantum physics and the ongoing myth that is the Malandanti.

<< Back to Random Posts