I have to confess I was lost almost from the start when mind-bender Kitty Pryde disappeared along with the Bishop and the attack of the Sentinels turned out never to have happened. Except it did happen and was going to happen again.

This is what you get when a long running film franchise collides with the subject of time travel. There was a lot of ‘your mind is there, but not your body,’ ,everything that previously happened no longer exists,’ don’t get too worked up or I’ll lose you’ etc etc etc. The kind of info-dump novelists are often warned against.

And thus, once the mind travel owner’s manual has been digested Wolverine is flung back to 1973 as a wheezy Dr. Xavier and helmetless Magneto look on, wondering if there’ll be a franchise left for Wolverine to come back to.

In amongst the flares and the beige, the one highlight of the film is a too brief appearance of Quicksilver. A mutant able to whizz about, and – in one tantalising sequence slowed down to allow a view of what he gets up to when he’s all a-blur – move bullets in mid air. But as befits a character who moves quickly, his role in the film is gone in the blink of an eye. 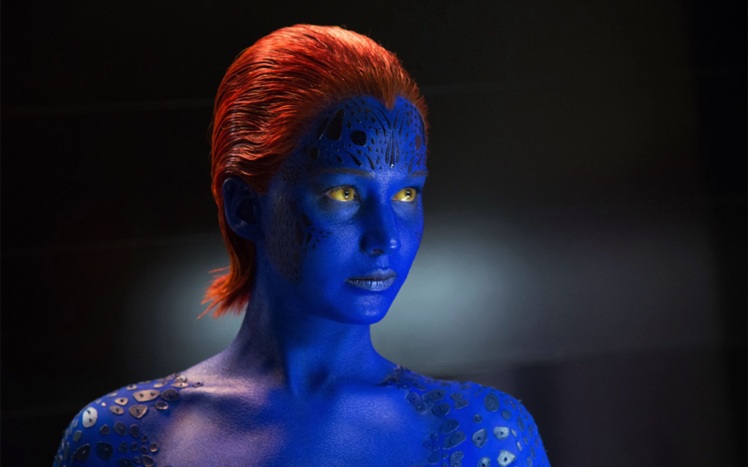 The problem with X-Men: Days of Future Past is the same problem that afflicts all the X-Men films: it takes itself too seriously. Attempts to subtly link mutant discrimination to real world hate crimes is risible and only possible in the peculiar bubble that Hollywood lives inside.

When I was young enough to buy comics I was always conscious of the difference between the letters pages of the Beano and American superhero comics. Letters to the Beano consisted of fart jokes and monosyllabic congratulations. In the US comics, readers letters were like PHD dissertations. I would ask myself: has a twelve year old boy from Tennessee really written this two thousand word essay on the existential breakdown of Tom Strong’s relationship with a robot?

X-Men is science fiction hocum, and treated as hocum passes a couple of hours with abandon. But the minute the writers and directors start taking all this hogwash seriously it becomes entangled in its own inconsistencies. (And if you want me to back that up with citations you can get lost.)
In short, people punch one another, people turn into funny coloured things, Magneto hovers menacingly and 20th Century Fox move the goalposts to allow themselves another ten years worth of X-Men films. The fanboys will chew their own hands off whilst the rest of us grow fat on popcorn and Pringles.

(Come to think of it, I bet those letter writers grew up to become Wikipedia editors?)