Dussollier is a rare kind of actor; one comfortable and effective in both serious and comedy roles. Daniel Auteuil and Fabrice Luchini are two who come instantly to mind, but there are others. 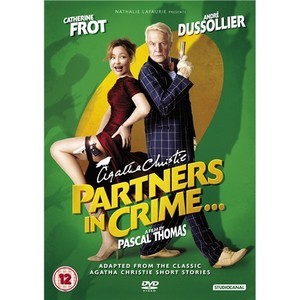 I first came across the mad side of Dussollier in the film Tanguy, where in spite of his increasingly demented efforts he can’t kick his son out of the family home. But here, in Pascal Thomas’s crime caper, the humour is less acidic and more genteel. It takes Dussollier’s efforts to save the day and prevent the film from floating away on its own lightness.

Dussollier plays Belisaire Beresford, a retiring sleuth enjoying one last fling with the public as his memoirs are published. His wife Prudence, played by Catherine Frot (Le Diners de Cons, La Tourneuse de Pages) is less impressed by the attention and her husband’s retirement and jumps at the chance to open a detective agency in Geneva.

When the first investigation comes in Belisaire is reduced to following Prudence around in a series of weird disguises until they eventually arrive at a strange clinic carrying out treatments that literally reverse the ageing process. The scientist behind the technique is gone and a young clinic worker who just happens to be 82 years old is the only connection to his existence and the techniques he developed.

The resulting action, maybe action is too strong a word, is reminiscent of the Pink Panther films. Creepy doctors, inflatable goons and escaping out of windows keep the two sleuths occupied, but the villains are never villainous enough and the sense of peril never really takes hold. Pascal Thomas insists on distracting us with backstory about the Beresford’s missing daughter and their soppy son-in-law aggravating everyone with a daily stream of filthy jokes. The story is centred on Prudence, but Catherine Frot, a formidable actress, looks uncomfortable with the comedy and almost vanishes under Dussollier’s shadow in every scene they share. 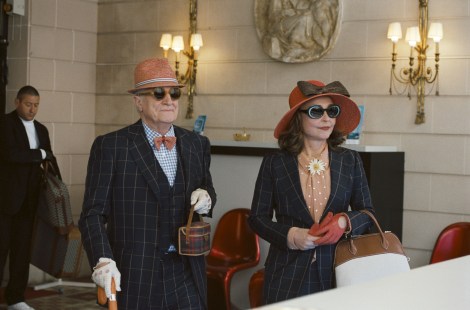 The locations, around Aix-les-Bains and Geneva are sumptuous and evoke the imagery of older spy films shot in one exotic place after another, but none of this focuses on the story, which is just too thin. A tighter screenplay in the hands of two lead actors such as Dussollier and Frot could have been a side splitter, instead it raises more smiles than belly laughs. It’s the third film in a trilogy featuring the Beresfords, so maybe it’s time they both retired and allowed the two lead actors to take their talents somewhere more worthy.