We all like a good story. Anyone who tells you the novel is all about writing is talking out of their earhole. It’s all about story. But even then you can go too far and you end up with contrivance.

The process goes something like this: You have some people faced with a problem, I know a sudden tidal wave appears out of nowhere and washes them towards the edge of that 2000ft high bridge and the only thing they can grab is a man on a bicycle, except he’s going quite fast, but luckily he’s carrying a length of wood on the back of his bike eight feet long and if the person with the longest arms can grab it as they’re swept past they’ll all be saved. Which of course is exactly what happens and they continue with their conversation about who left the front door open.

Contrivance. An event or series of events inserted into the story simply to make something happen, whether it’s plausible or not. I hate it and whenever an idea comes to me like that I always ask myself, would this, could this happen in real life or is it there to put some convolution into the story?

The argument has reared its ugly head again as I go through the first draft of The Lost Valley. This novel is not James Bond, Toten Herzen do not chase international terrorists across conveniently positioned rooftops. They stumble from one aggravated problem to another with just enough intelligence to get them through the day. In The Lost Valley they’re supposed to be recording their comeback album, the first one in over 35 years. “Even Def Leppard didn’t take this long,” moans Dee Vincent, the lead singer.

The distraction and the potential for contrivance is when the leader of a European coven finds out the band possesses a book, or one member of the band possesses a book, that contains information the witch is looking for. The cat and mouse series of events are so far plausible, but the dork in me keeps trying to inject a bit more action and then a bit more and a bit more until the novel is more Iliad than Idiotic. I don’t want that. I want it to be more farce, more shambolic until the whole thing unravels into an even bigger crisis. (There are no happy endings with this band!)

So, having been down to the cafe at the garden centre today I have an idea which is borderline contrivance. A painting by Irchenauer, a Polish vampire, and breaking and entering while the drummer and bass player work on some overdubs. It has comic potential with, what the film industry might describe as ‘scenes of mild peril.’ Mild peril is good especially when it’s a curveball thrown before the extreme violence kicks off. 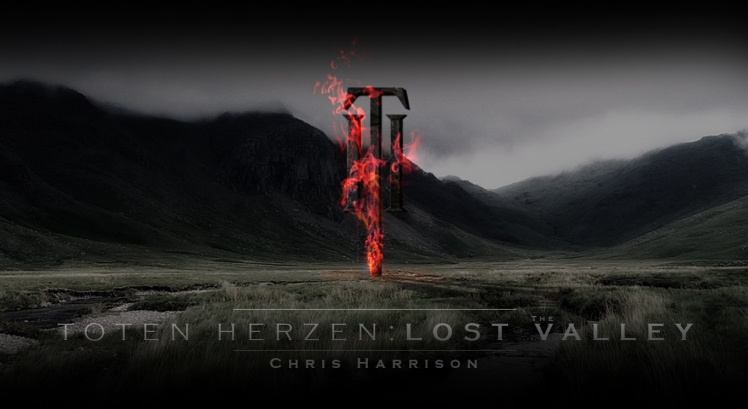